Pressman Consulting designed a successful strategy to raise awareness about Global Warming for The Natural Resources Defense Council (NRDC). The New Hampshire primaries provided an opportunity to capture the attention of the presidential candidates, as well as local and national press. However, because the project was conceived late in the year and NRDC had no existing infrastructure in New Hampshire, there was little time to build a full field operation.

Pressman Consulting designed and executed a plan that included hiring a New Hampshire-based organizer and partnering with local organizations with existing volunteer bases. Each of the Democratic Presidential candidate’s daily schedules were monitored, and teams were dispatched with visibility materials to events held by the candidates where they were sure to generate press attention. Additionally, volunteers were sent to small events to increase the likelihood that candidates would take questions on global warming. This plan succeeded in generating significant local coverage and an in-depth piece on CNN’s Inside Politics.

Pressman Consulting worked with NRDC’s media firm to develop radio spots relying on real people whose livelihood is directly impacted by global warming. The spots highlighted a fourth-generation dairy farmer, a maple syrup producer and a pulp paper industry employee. They shed a different light on the issue and were successful in generating additional earned media. 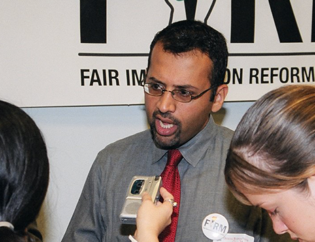 
The Amputee Coalition of America